£12 covers both halves
£5 for this alone A Parisian trio of Roberto Negro (piano), Valentin Ceccaldi (cello) and Sylvain Darrifourcq (drums). The latter two are known to us through the highly acclaimed Babel album, God at the Casino.

Roberto is a pianist of notoriety and beauty. A pleasure that he will be playing at the Vortex.

They will be performing before Paul Bilson on Friday night.

“Starting with a very gentle piano introduction by Roberto there was very thoughtful playing employing some interesting techniques and devices on the piano – including several well placed runs through all the keys, and with added effects including an attachment to the piano soundboard making tones like a musical saw !!    Overall Sylvain brought a varied and interesting mix of percussive and rhythmic support.  Generally the drums responded in kind to the other instruments, although occasionally they overpowered the piano but were well matched in supporting the cello in some nice interplay between the two.” (bebop spoken here, when the band performed in Newcastle in 2016 – photo below) 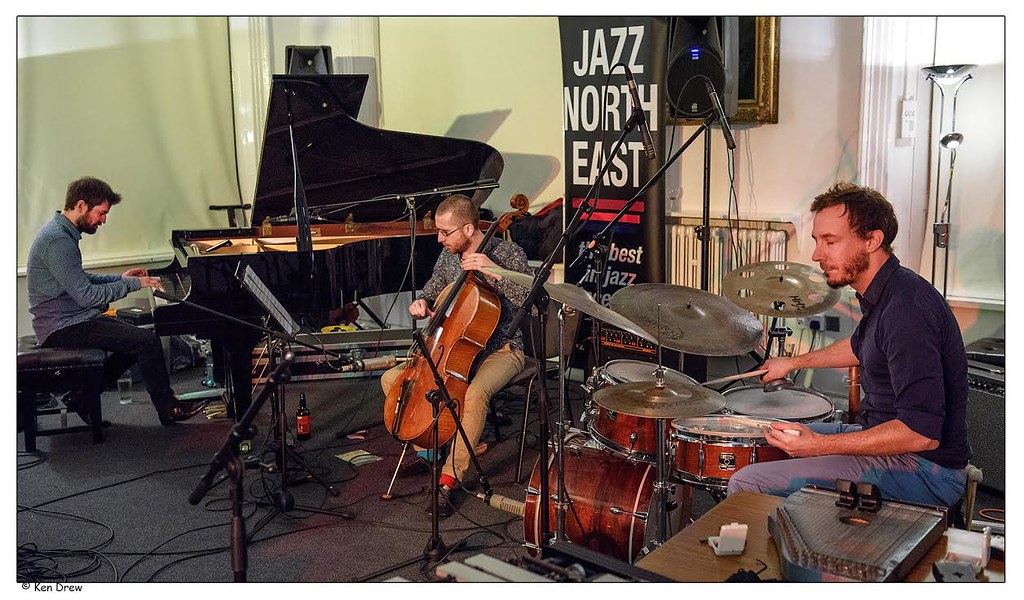